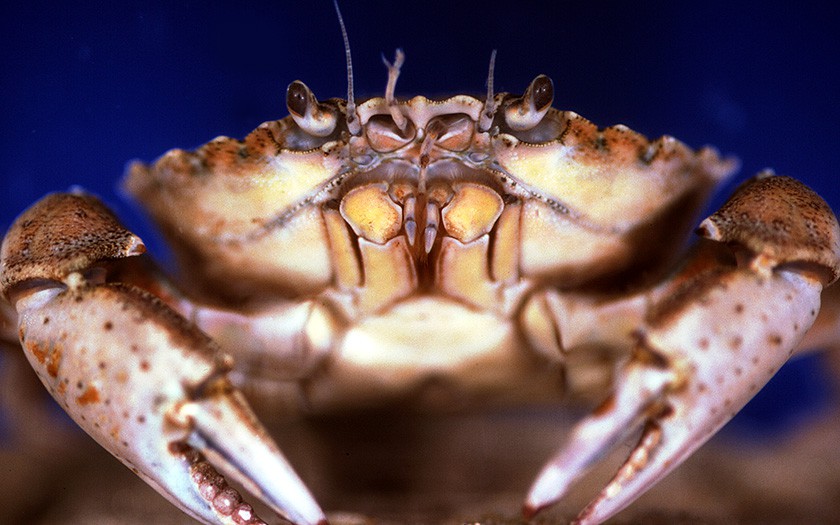 When I was young, I used to eat salmon almost every night. My father would start cooking his signature dish after he got home from work, filling the air with a delicate waltz of garlic, ginger, and green onion. In those days, I used to lock myself up in my room after school to “do homework”, but on the nights my father cooked his beloved salmon, even the reclusive teenager in me couldn’t resist being lured out of her lair. Some days, my mother would join in on the fun, and we’d have not one but two different preparations of salmon for dinner – one seared and one steamed. My sister and I would squeal with excitement, run downstairs in a flurry, and delight over the inscrutable way each bite melted away. Dad would always be flushed from the heat of the kitchen. He smelled like a hardworking garlic clove. Once dinner was ready, he would run in with effusively rosy cheeks and beads of sweat dripping from his forehead and put the dish on the table with a curt “dinner is served”. Dad was never much of a smiler, more of the stern type. But when he cooked for us and when it was well-received (which it always was), an almost indiscernible smile would play at the corners of his mouth.

Fish has a special significance for my family. My mom had some superstition about eating animals larger than humans, something about it being disrespectful – “bad luck”. That meant our household was pork and beef-free, which was often a point of tension between my parents. We were allowed to eat chicken and seafood only, and eat seafood we did. At our extended family reunions, it would not be unusual to see several whole fish on the table – with their heads and tails still attached, basking in a warm, flavorful broth. My cousins would sometimes pick at their milky eyes – sometimes to suck on them, sometimes just to see what a fish with no eyes looked like. It sounds grotesque – but it was at these dinners that I learned to associate food with familial warmth and curiosity.

Today, there is no single place that challenges me more than the live seafood section of an international supermarket.

In this place, I feel the deepest inner turmoil. As I wander through rows of overcrowded tanks, my mind at once conjures up the sweet and tender scenes from my childhood that I described to you and forces me to confront the silent horrors that hid so politely behind them.

In the live seafood section, I don’t get to hide. I see thousands upon thousands of shrimp, stacked upon each other – the ones at the bottom dying slowly of asphyxiation from having their bodies crushed under the weight of their peers. I see giant crabs crammed into a tank – some clawing viciously to try and get on top, while others seem resigned to accept whatever suffering awaits them. I remember that there are billions of non-human animals I can’t see that die, annually, in much this same way.

It’s amazing to me how easily we can forget inconvenient truths about the world and how we relate to it. I’ve been following a plant-based diet for two years now and still, I go most of my days unconcerned about the well-beings of billions of sentient creatures that lie comfortably out of sight. If one truly lived as if one believed that cruelty towards other thinking, feeling persons – human or non-human – was unethical, our lives would look very different.

“A human being is a part of the whole called by us the universe, a part limited in time and space. He experiences himself, his thoughts and feelings as something separated from the rest, a kind of optical delusion of his consciousness. This delusion is a kind of prison for us, restricting us to our personal desires and to affection for a few persons nearest to us. Our task must be to free ourselves from this prison by widening our circle of compassion to embrace all living creatures and the whole of nature in its beauty.”

As Einstein argued, we are biologically hardwired to preference those closest to us – be it specially, geographically, or temporally. It is crucial for us to escape this “optical delusion of [our] consciousness” and extend our consideration to all of the people we can’t see, who we aren’t biologically hardwired to consider seriously – whose suffering is just as real, just as inscrutable, and just as tractable as the ones we do. That feeling of being compelled by the suffering of another that we see before us is deeply, profoundly important. But it will lead us astray if we allow it to convince us that satisfying that feeling signals the end of our moral obligation.

This is most clear to me in Chinese restaurants, where it’s not at all uncommon to dine in the presence of tanks filled to the brim with live sea creatures. In fact, many restaurants put them out in the open; they use them to boast of the freshness of their fare. We’ll kill one just for you.” they say, “You can have the freshest carcass around.” For decades I ate my meals in abattoirs like these without even batting an eye. If our visceral sense of compassion is such a reliable compass: Where was my sense of duty then?

This tells us that our cognitive dissonance does its job and does it well.

All of us should strive to be honest with ourselves, even when our brains are optimized for delusion.

It’s colossally important for us to confront the realities we’re all complicit in. Because they exist whether you look at them or not. Because their suffering is real and demands our attention.

On a recent visit to the seafood section of my local supermarket, I remember seeing a Dungeness crab peering at me from inside of a large, murky tank. It was standing upright on the half-alive carcasses of hundreds of its companions – the only one standing upright, facing outward, and looking at me, its claws clasped tightly together with blue twist-ties. I watched it move clumsily over the bodies under it, and then I watched it watch me – the person on the other side.

I wondered what it was thinking. As I did, a passage from Elizabeth Costello crept its way into my brain. It was about the inner thoughts of a fictitious chimpanzee named Sultan, whose intelligence was being measured by a group of scientists.

“Sultan is alone in his pen. He is hungry: the food that used to arrive regularly has unaccountably ceased coming.

“The man who used to feed him and has now stopped feeding him stretches a wire over the pen three meters above ground level, and hangs a bunch of bananas from it. Into the pen he drags three wooden crates. Then he disappears, closing the gate behind him, though he is still somewhere in the vicinity, since one can smell him.

“Sultan knows: Now one is supposed to think. That is what the bananas up there are about. The bananas are there to make one think, to spur one to the limits of one’s thinking. But what must one think? One thinks: Why is he starving me? One thinks: What have I done? Why has he stopped liking me? One thinks: Why does he not want these crates any more? But none of these is the right thought. Even a more complicated thought—for instance: What is wrong with him, what misconception does he have of me, that leads him to believe it is easier for me to reach a banana hanging from a wire than to pick up a banana from the floor?—is wrong. The right thought to think is: How does one use the crates to reach the bananas?

“Sultan drags the crates under the bananas, piles them one on top of the other, climbs the tower he has built, and pulls down the bananas. He thinks: Now will he stop punishing me?

“One is beginning to see how the man’s mind works.”

“At every turn Sultan is driven to think the less interesting thought. From the purity of speculation (Why do men behave like this?) he is relentlessly propelled toward lower, practical, instrumental reason (How does one use this to get that?) and thus toward acceptance of himself as primarily an organism with an appetite that needs to be satisfied.”

Though we can certainly dismiss this excerpt as an unsettling fiction, I think we’d be remiss to do that. Costello’s fictional exploration of the inner workings of a chimpanzee’s mind poses important questions about how we think about minds different than our own. It asks us to entertain the possibility that other minds may be infinitely rich in their experience and complexity, though unsuspecting in their presentation. It demands us to confront the possibility that the inner experience of a non-human animal – even one with only 100,000 neurons – can be far more sophisticated than we can examine with the limits of our science. It challenges us to extend our consideration to minds we have no basis for understanding deeply.

But, importantly, it’s not only our ability to imagine the experiences of others that matters in our moral calculus. In that moment, looking back at this crab, I remember feeling overwhelmed with my sense of duty to him above all of the others. I felt his pain. I felt his desire for freedom. And I also remembered that there are serious limits to our imagination that makes something like empathy quite an unreliable tool for deciding who deserves our compassion and who does not.

I wanted badly to save this crab. But instead of doing that, I went home and donated the $25 I would have used to save his life to The Good Food Institute. My company matched that donation, which meant that my $25 quickly doubled to 50. The most up-to-date calculations suggest that some of the top animal welfare charities (of which GFI ranks) can save an animal from a lifetime of suffering at the rate of $1 per life. 50 lives instead of the one life I felt like I’d come to know deeply in the moments we shared together through the filmy glass. That’s 50 lives, 50 crabs and pigs and cows and chickens I won’t ever meet. 50 lives rescued through a mechanism that doesn’t carry any of the romance we associate with doing good.

Our mammalian brains are not optimized to think this way, it’s true.

But we should try our best. We should remind ourselves why it’s important to strive to be better than we have been. We should always be undergoing the arduous process of molting – shedding our skin, challenging our beliefs, our behaviors, launching crusades against our visceral senses of morality. We should evaluate ourselves deeply, and not feign helplessness when really we can do so much to help.

Let’s strive to create a world in which all persons – regardless of color, shape, size, ability, species – have the ability to live a life without needless suffering. Let’s break down the belief that we and those like us, those closest to us, those we identify with the most, are the only ones who matter.

We have a lot of important work to do here. So, let’s get started.